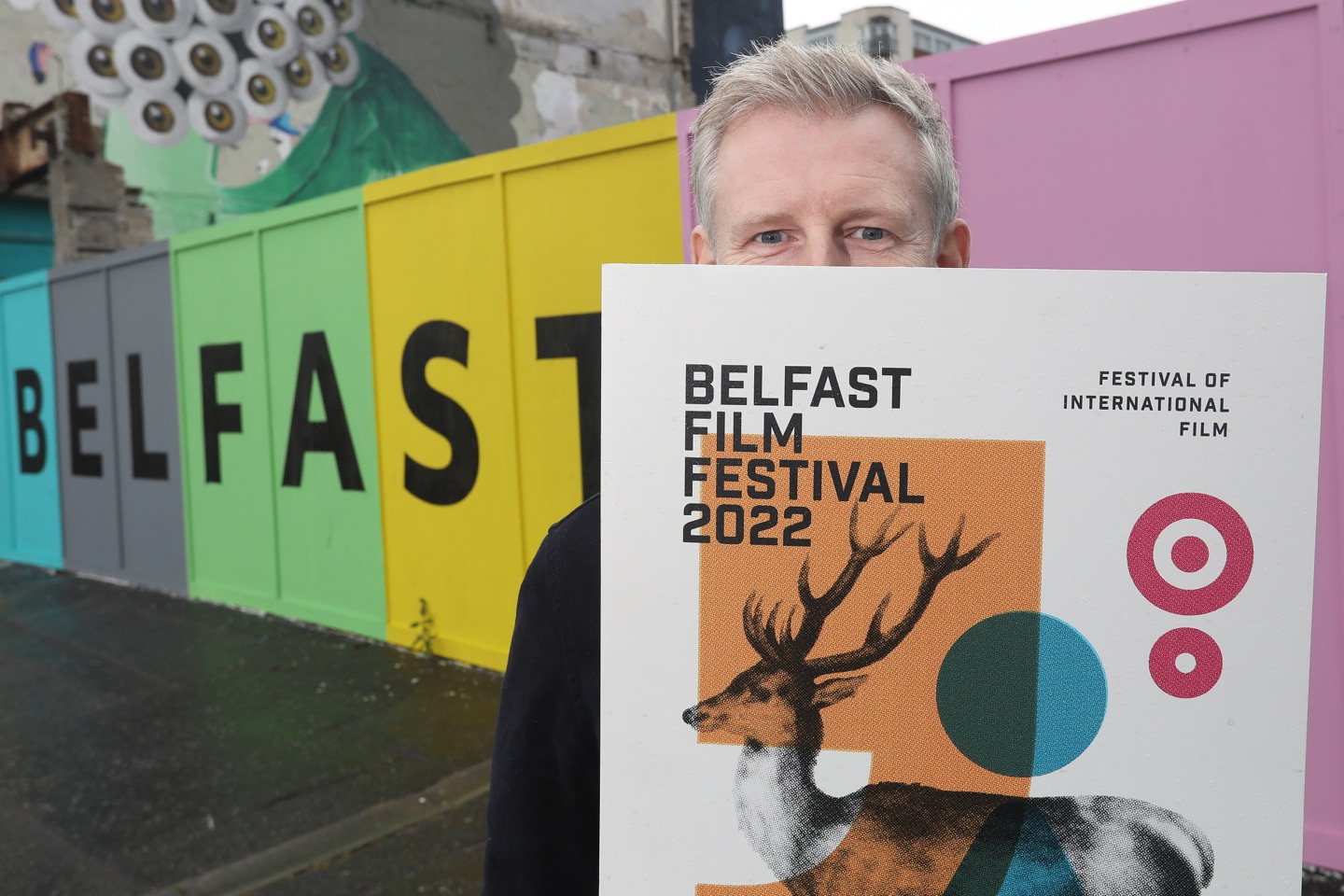 Ballywalter is just one of the many cinematic gems that will delight audiences at this year’s BFF, which launches its 2022 programme today at the Crescent Arts Centre.

New programming team Jessica Kiang and Rose Baker have curated a full and exciting programme of premières and gala screenings, panel talks, and special events which showcase the wealth of local talent and shine a spotlight on the best up-and-coming international talent.

“The appointment of our new programming duo has brought a dynamic and fresh energy to the festival, and I have no doubt we will inspire new audiences with this year’s incredibly diverse line-up,” says Director of BFF Michele Devlin.

“New places and new technology, internationalism and indigenous talent are the cornerstones of the 22nd Belfast Film Festival” Devlin continues. “We honour the past with our ‘Vox Populi’ screenings in the historic Bank of Ireland site of the planned new ‘Belfast Stories’ screen centre on Royal Avenue; and we embrace the future in the spacious, shiny new auditoriums of Cineworld at the Odyssey. Re-energized and excited, we invite audiences to join us on a cinematic journey around the world this November.”

This year‘s BFF also sees the launch of new awards, which will be presented by a jury of international filmmakers and industry professionals, including BAFTA and Academy-Award-winning auteur Andrea Arnold. In the International Feature Competition, directors of first or second features will compete to win a prize fund of £10,000. £7,000 will be awarded to the Best Film director, alongside Jury Prizes of £1,500 each for Outstanding Craft Contribution and Breakout Performance.

In the spirit of cross-border collaboration, the festival will close with a joint Irish Premiere with the Cork Film Festival of the highly anticipated Aftersun starring Paul Mescal, which has been generating significant buzz since its world première at the Cannes Film Festival in May.

“The festival’s continued expansion and ability to attract world-class filmmaking talent has mirrored the explosion of activity in our local film and TV industry in Northern Ireland in recent years,” says Chief Executive of Northern Ireland Screen, Richard Williams.  “The team at the Belfast Film Festival has put together a superb programme of events, and Northern Ireland Screen is very pleased to be able to support the festival this year.”

Festival passes, priced at £65, provide unlimited access to films at the festival (with the exception of opening and closing films, gala screenings and, special events). Click here to purchase passes and tickets.