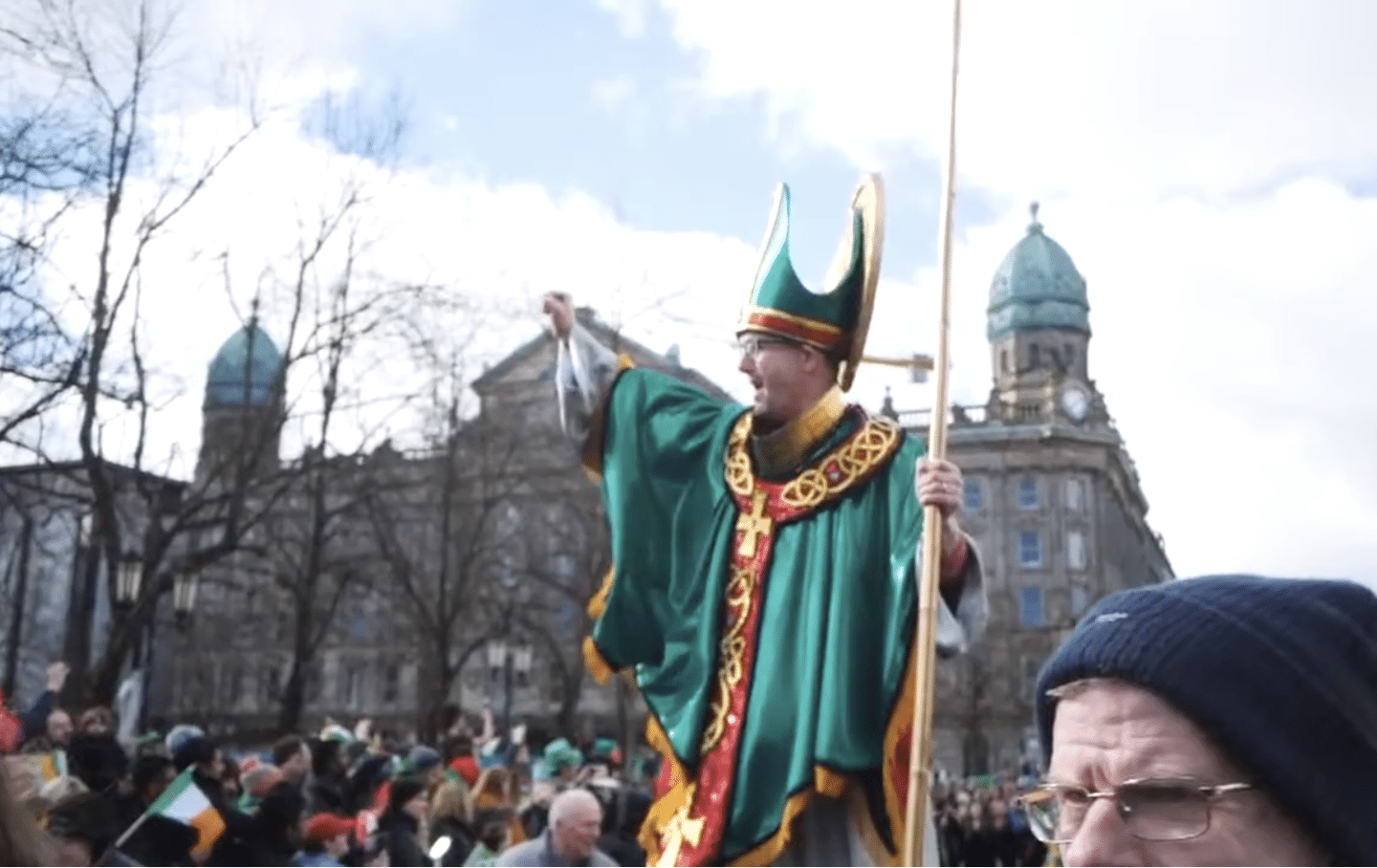 An archive film produced by Belfast Film Festival to celebrate Saint Patrick’s Day.  The film consists of footage taken during Saint Patricks day from the 1950’s to the present day.

You’ll see a young Seamus Heaney organising a children’s play, a bedraggled Richard Harris telling Gerry Kelly what St. Patricks Day means to him and a young Paul Clark debating the origins of the Saint. Also featuring parades of all sorts that took place through the ages. Enjoy!

Music provided by the band Moxie.

Moxie are an alternative Folk band from the West Coast of Ireland, emerging from traditional Irish music roots with progressive, world and jazz influences. Since their first album ‘Planted’ was released in 2014, they have been sharing their high-spirited energy across the globe in Europe, Australia, Canada, Vietnam and the US. Moxie take rural dance tunes from traditional music and urbanise them, using new instruments and technology to create new sounds. Their interests lie in exploring how far the boundaries of traditional Irish music can be pushed in creative and imaginative ways.
Moxie are back in 2021 with a new lead singer and a brand new album due for release in the summer. The first single from the album, Where I Roam, is out on 20th March.
Eyes On Pluto – https://www.youtube.com/watch?v=EtXSK-R4YoY

Check them out at www.moxiemuso.com