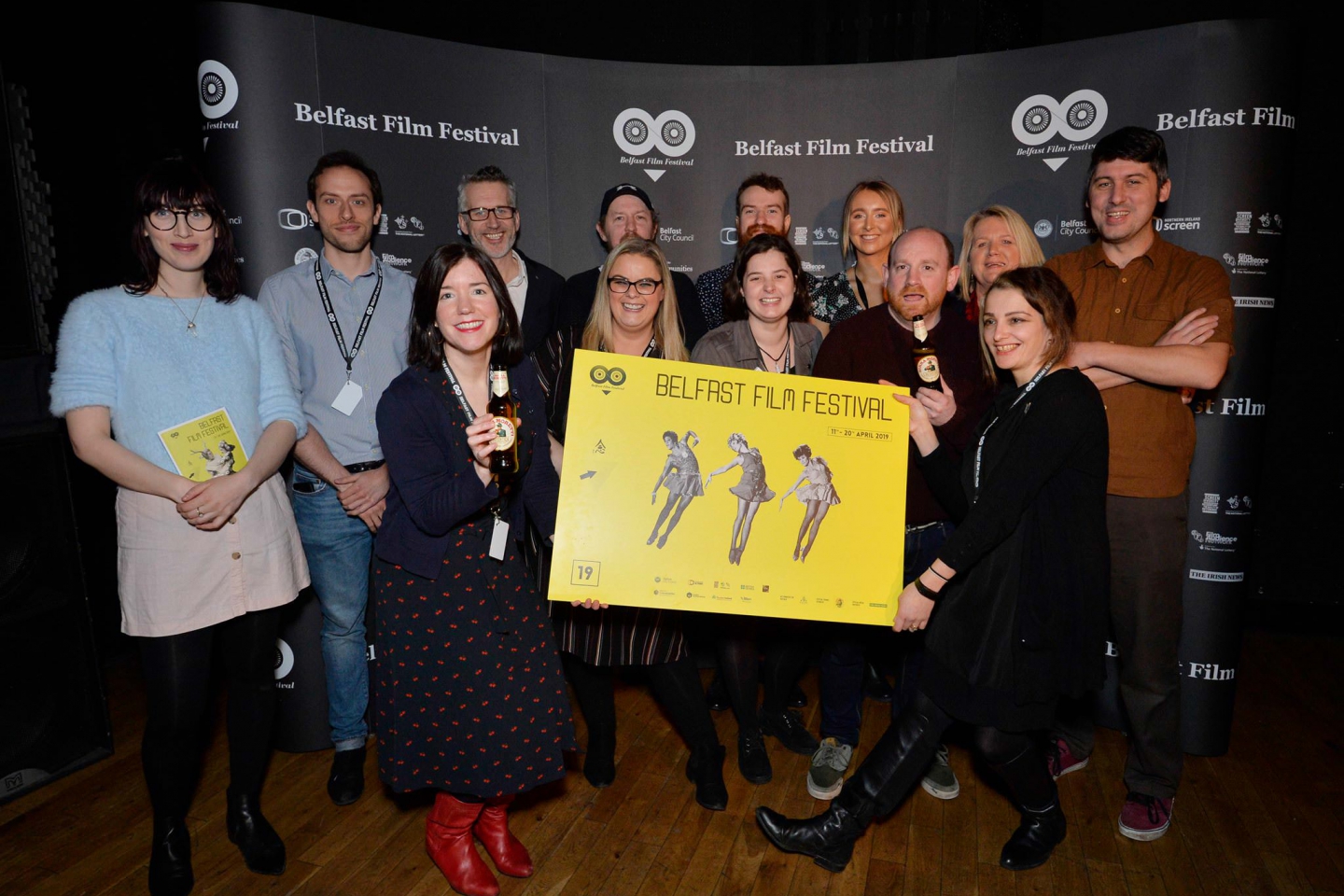 The Belfast Film Festival began in 1995 as part of Féile An Phobail and has developed hand in hand with the evolving culture of film patronage and filmmaking in the city.

We believe that film should be an experience, and so, as well as presenting the best in new, short and classic cinema in our spring and summer festivals, we’ve set ourselves apart by having site-specific screenings.

For us, site-specific cinema means hosting the classics of the silver screen in surroundings that enhance and intensify your experience of our films. To prove we’re serious, we’ve screened Evil Dead in the Ormeau Park, Cool Hand Luke in the Crumlin Road Gaol, The Breakfast Club in Christchurch Library, Odd Man Out at The Albert Clock, 2001: A Space Odyssey at the Titanic Dry Dock and Jaws in the Bangor Aurora swimming pool.

What’s more, we pride ourselves on experimenting with media in all its forms, that’s why we’ve presented cinematic collaborations, like our showing of La Traviata in the beautiful St Anne’s Cathedral, with an accompaniment by NI Opera’s Young Artists’ programme, or the horror masterpiece Suspiria at the Waterfront with live soundtrack by Italian rock band Goblin, to name but a few.

To celebrate quality cinema, we have also established a documentary film competition in The Maysles Brothers Award. This was launched in 2006 by the legend Albert Maysles himself, and recognises the best of new observational documentary work from around the world.

Then there’s our short film competition, this provides a platform for fledgling filmmakers from across the island of Ireland to showcase their work and for the winner, to be shown the prize money.

Due to our love of film, we are also heavily involved in promoting film education and nurturing practical filmmaking skills throughout the North. That’s why we are currently working on a programme of community outreach projects that we hope will galvanise people’s accessibility to, and awareness and enjoyment of film culture in hard to reach and underprivileged areas. We will be working with community groups to offer writing and filmmaking workshops, industry discussion panels, special screenings and master classes.