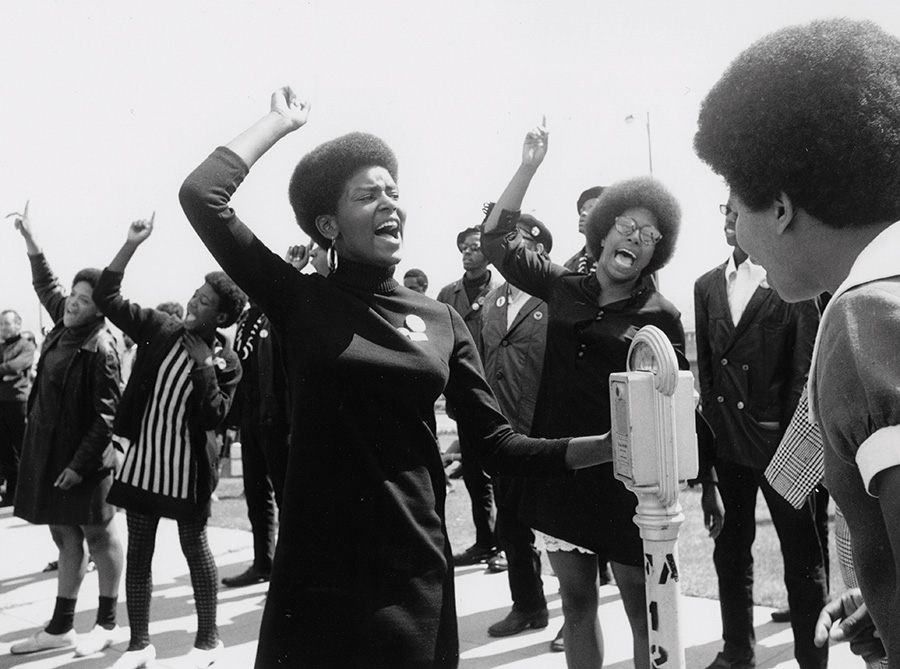 One of the greatest female documentarian’s in the world, Agnès Varda, turns her camera on an Oakland demonstration against the imprisonment of activist and Black Panthers co-founder Huey P. Newton.

McAliskey has her own personal connections with the Black Panthers; after she was given a golden key to the city of New York by Mayor Lindsay she handed it over to the Black Panther Party “as a gesture of solidarity with the black liberation and revolutionary socialist movements in America.”

McAliskey will be relaying what life was like at this time in Northern Ireland, detailing her experiences during The Troubles and as a political candidate. She will be in conversation with Bill Rolston.

One of Varda’s most transformative encounters during her 1968 LA journey was with the Black Panthers, then at the height of their influence and fame. Her casual, open-air portrait of the group, centered on a bustling “Free Huey” rally in Oakland, is more densely packed with information than many of her other documentaries, but it’s made with no less delicacy, grace, and political urgency.