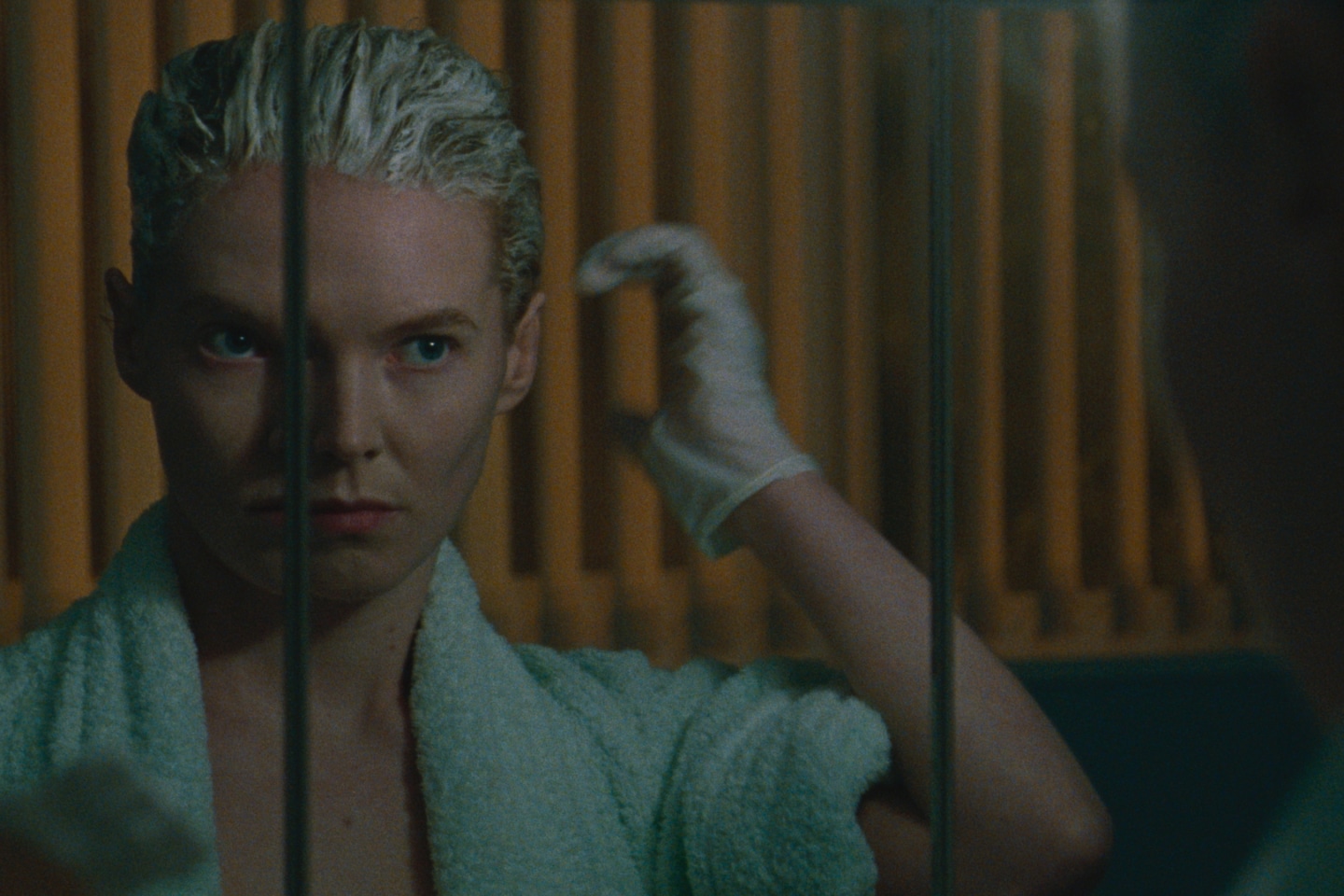 It’s the nipple tattoo, for me. A large bosom, so close in the foreground that it is slightly blurry, but on which you nevertheless perceive quite clearly a tattoo of a star around the edges of the areola.

The moments I look for in films—or perhaps, it’s that these moments come to seek me out—are ones in which something so true, so keenly evident and right, comes to shake me by the shoulders. Even in films divorced from human reality, you can sometimes glean one of these moments of truth, which often feels like a gift, in part because it is self-asserting, acting as a kind of affirmation of what you already know in your heart: yes, this character would say that; yes, that woman does tap her cigarette ash that way. I know her! In A Room With a View, when Daniel Day-Lewis, playing the stiff fiancé who’s just been dumped, takes a quiet moment to sit and lace his shoes, I know him! Suddenly we see the man, wounded, dignified, maybe a little ridiculous, but still finding some private comfort in this little ceremony of neatness and control. Or in Erin Brockovich, when Julia Roberts, at the end of her tether, loses her shit upon seeing a rat in her kitchen, I know her too – there is no formula for these know-them-when-you-see-them instants, but they become emblematic, cutting to the very essence of their characters.

Georgia Oakley’s Blue Jean centres on a lesbian sports teacher, Jean (Rosy McEwen), whose status in her workplace is imperilled by the arrival of a gay student, at a time when the Section 28 law banning the teaching of the acceptability of homosexuality is coming into vigour. Jean’s girlfriend, Viv (Kerrie Hayes) is far more open about her sexuality, more combative and proud, yet—as played so beautifully by Hayes—she is warm too, and understanding of Jean’s turmoil, even if she is frustrated by her closeted ways. Oakley plays up the contrast between the actors: McEwen’s Jean is agitated and prickly, sometimes wan with tension and occasionally quite severe. Jean is a restless figure, where Viv, who knows herself opposes Jean’s guarded body language with her far more relaxed, mischievous physicality. Crucially, Viv is more obviously queer, more immediately lesbian-presenting than Jean, whose light code-switching (she never exactly drags up as straight, but downplays her gayness at work, before amping it up when heading out at night) is adroitly conveyed in Blue Jean’s clever costuming.

In this context, Viv’s nipple tattoo is so true, so vivid, in what it says about her sexuality. We grasp her certainty about herself, and her rejection of straight, prettifying codes. The tattoo fetishises her nipple as sexual rather than maternal; it conveys politics and class. Most importantly, Viv’s tattoo is part of a quite joyful lexicon of queerness in Blue Jean, which is about the ways we size each other up and work each other out; about the disconnect between public and private; about a community that exists wholly independently of men and their demands. The language of queerness here is spoken among the characters, as a code they understand, as though it were as simple and declarative and impossible to misinterpret as a tattooed breast. But it is also spoken to us as an audience, across the years—fierce, inviting, defiant.

Caspar Salmon is a critic and writer based in London, with a particular interest in world cinema and LGBTQ+ culture.