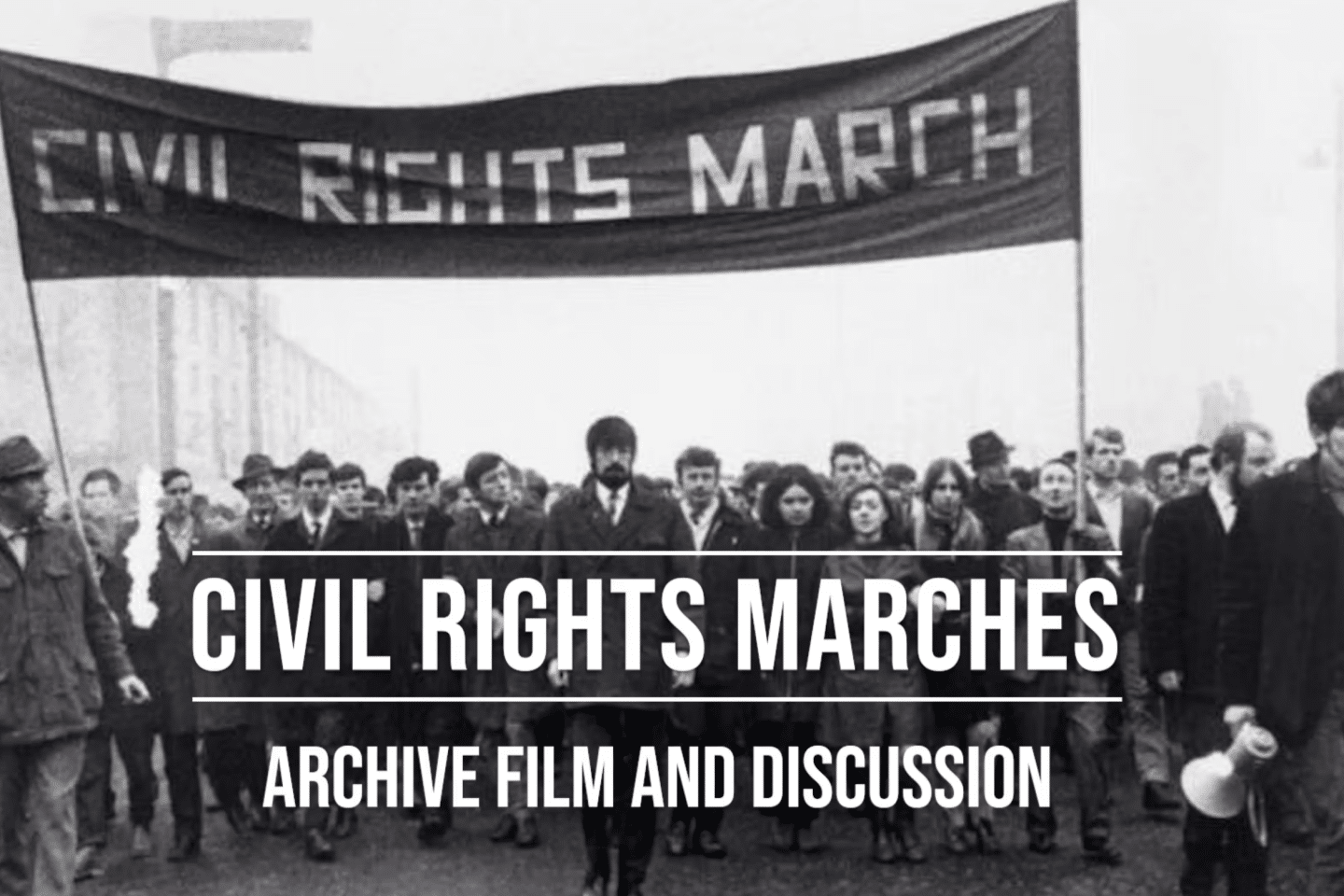 Belfast Film Festival, in partnership with Northern Ireland Screen, PRONI and Broadcast Authority Ireland, hosted an event on 24th February to explore the Civil Rights marches which took place in late 1960’s Northern Ireland, with a specific focus on the ill-fated march held in Newry on January 11th, 1969.

You can watch the film and discussion here.

Chaired by writer and commentator Tom Kelly, a panel, including Thomas Keane, civil rights activist present at the march in Newry; historian Eamon Phoenix; and Northern Ireland Screen’s Bronagh McAtasney, will reflect on film footage from the time, give first-hand accounts of their experiences and discuss the events which took place.

The event will showcase newly digitised film footage from the UTV archive, held at PRONI and made available via Northern Ireland Screen’s Digital Film archive. It is part of the Broadcasting Authority of Ireland (BAI) illustrated talks series, currently taking place across Ireland to showcase audio-visual material which highlights historical culture, heritage and experiences across the island.

David Huddleston, Head of Records Management, Cataloguing and Access at PRONI will present a selection of records from the PRONI archive relating to the period.

Thomas Keane is a retired teacher and education consultant. A graduate and postgraduate of Queen’s University, Belfast, Thomas was a civil rights activist from 1968 to 1970 and also campaigned against internment. As a founding member of the SDLP, Thomas established a network of branches in the Newry, south Down and south Armagh areas from 1970 to 1974.

Dr Éamon Phoenix is a political historian, journalist and broadcaster. His books include Northern Nationalism: Nationalist Politics, Partition and the Catholic Minority in Northern Ireland 1890-1940 and Conflicts in the North of Ireland 1900-2000. He is member of the Taoiseach’s Expert Advisory Committee on Commemorations.

Bronagh McAtasney is a cataloguer at Northern Ireland Screen, focussing on the Ulster Television archive, 1959-1969. Bronagh was on the committee for the 50th anniversary of the Newry Civil Rights March, working with members of the original committee to re-create the march in its entirety in January 2019.

The Public Record Office of Northern Ireland (PRONI), on behalf of the Department for Communities (DfC), has been working in partnership with Northern Ireland Screen’s Digital Film Archive since 2018 on the preservation and digitisation of the UTV archive.

As a result of this partnership, the Broadcasting Authority of Ireland (BAI), with additional support from DfC, funded a further programme to digitise a selection of 16mm cine film comprising some of the earliest UTV archive content. The objective of this project, which has captured c.160 hours of footage to date, is to preserve an historic record of culture, heritage and experience across the island of Ireland, and increase access to this invaluable audio-visual content for local and international audiences.