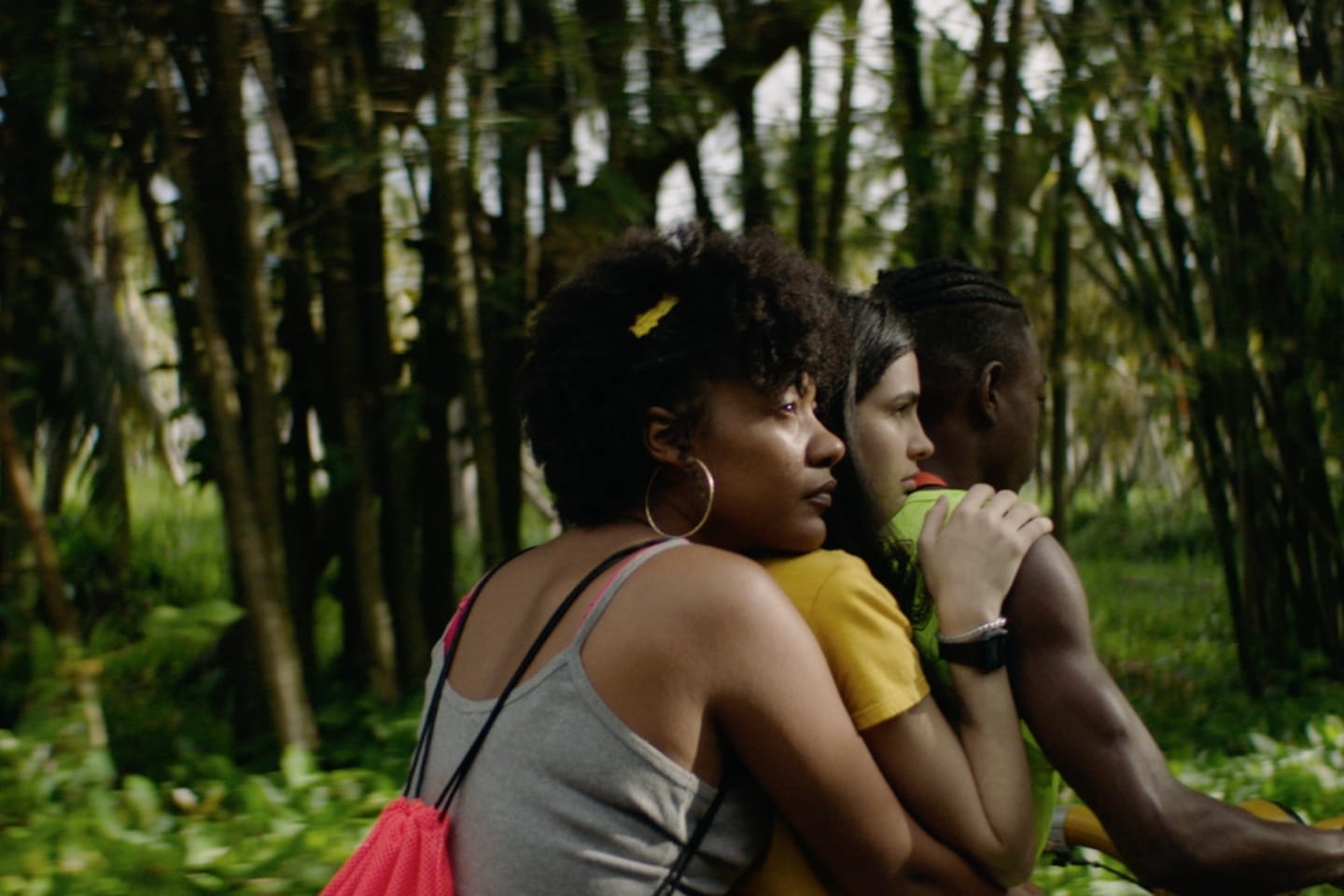 The Mysteries and Uncertainties of Carajita

The term ‘magical realism’ is often associated with a kind of imagistic preciosity, but in its Latin-Caribbean incarnation, that mode of fiction can pack a harder punch than you expect. Carajita begins with a mysterious single image – a figure prostrate on a beach at night, police lights flashing against a palm tree – followed by voice-over narration from young protagonist Sara, as she holds her breath underwater and remembers the baths that her maid gave her as a child. This sets us up for a gentle, impressionistic coming-of-age memoir of a kind that we’ve often seen in Latin American cinema – but Carajita soon proves far stranger and sharper.

The Spanish word ‘carajita’ roughly means ‘little bitch’ or ‘brat’ – an insult thrown at one point at entitled Sara (Cecile Van Welie). She’s the daughter of a wealthy family who have just relocated to the Dominican Republic after several years absence, possibly for reasons connected with the ambivalent activities of her well-connected fixer dad. The family is accompanied by their long-serving maid Yarisa (Magnolia Núñez), a black Dominican woman who hasn’t even announced her return to her family, not even to her daughter Mallory (Adelanny Padilla), who is roughly Sara’s age. Much of the drama hangs on the image of the servant who’s “just like” a family member, though at the cost of her own family ties. It’s a familiar theme in films that explore racial difference and class exploitation – but it’s analysed in very distinctive fashion here by Argentinian-Spanish writing-directing duo Silvina Schnicer and Ulises Porra.

Schincer and Porra made their mark with their 2017 debut Tigre, which appreciative critics compared with Lucrecia Martel. Carajita certainly has much in common with that director’s The Headless Woman, notably in the investigation of bourgeois privilege and its mechanisms of denial. Here, that theme goes hand in hand with a musing on Caribbean colonial history, through the story of a pampered white daughter and her relationship to a black servant. However, Carajita takes us a long way from the starting point of Sara’s perspective, in particular showing Yarisa’s family as they refuse to accept official explanations of the life-changing crisis that has hit them. Local religious tradition plays a strong part too, recalling another powerful recent drama from the Dominican Republic, Nelson de los Santos Arias’s 2017 Cocote.

The acting is terrific, especially given the ambivalences the characters embody. Cecile Van Welie is outstanding as the callow Sara, naïve and spoiled, a lifelong good daughter who would be shocked to imagine herself as part of a systemic problem; while Magnolia Núñez gives Yarisa a tightly contained elusiveness from the start, hinting at the long-suppressed feelings of a woman whose job description insists on tenderness, devotion and self-denial.

Visually, the lushness and polish deliberately jar with the sometimes harsh menace of the natural environment (goats figure throughout, to very unsettling effect). Iván Gierasinchuk, who shot Tigre, is again the DoP, and he uses both darkness and intensely coloured light as a means to cut through the certainties of simple daylight (additional camerawork is by Latin American regular Sergio Armstrong, known for his work with Pablo Larraín and Lorenzo Vigas). Everything, in Carajita, is a study in ambivalent, secretive contrasts, right down to the production design in which the clean, chilly luxury environment of the rich family’s modernist beach mansion is imagined as a bulwark against the uncontainable realities of the outside world. But it’s a world that won’t be kept out for too long.

Jonathan Romney is a London-based critic who writes for The Observer, Sight & Sound, Screen Daily, Film Comment and others. 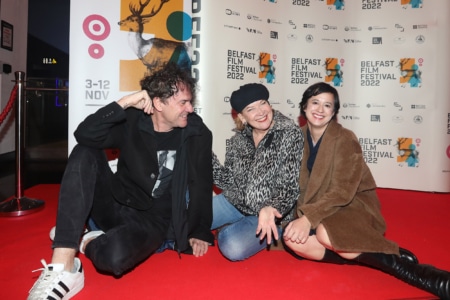 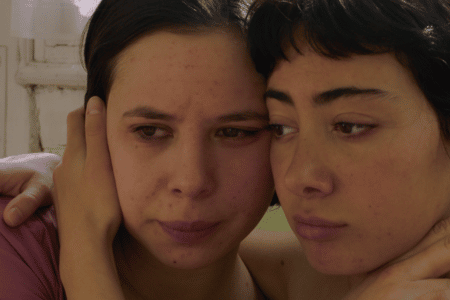