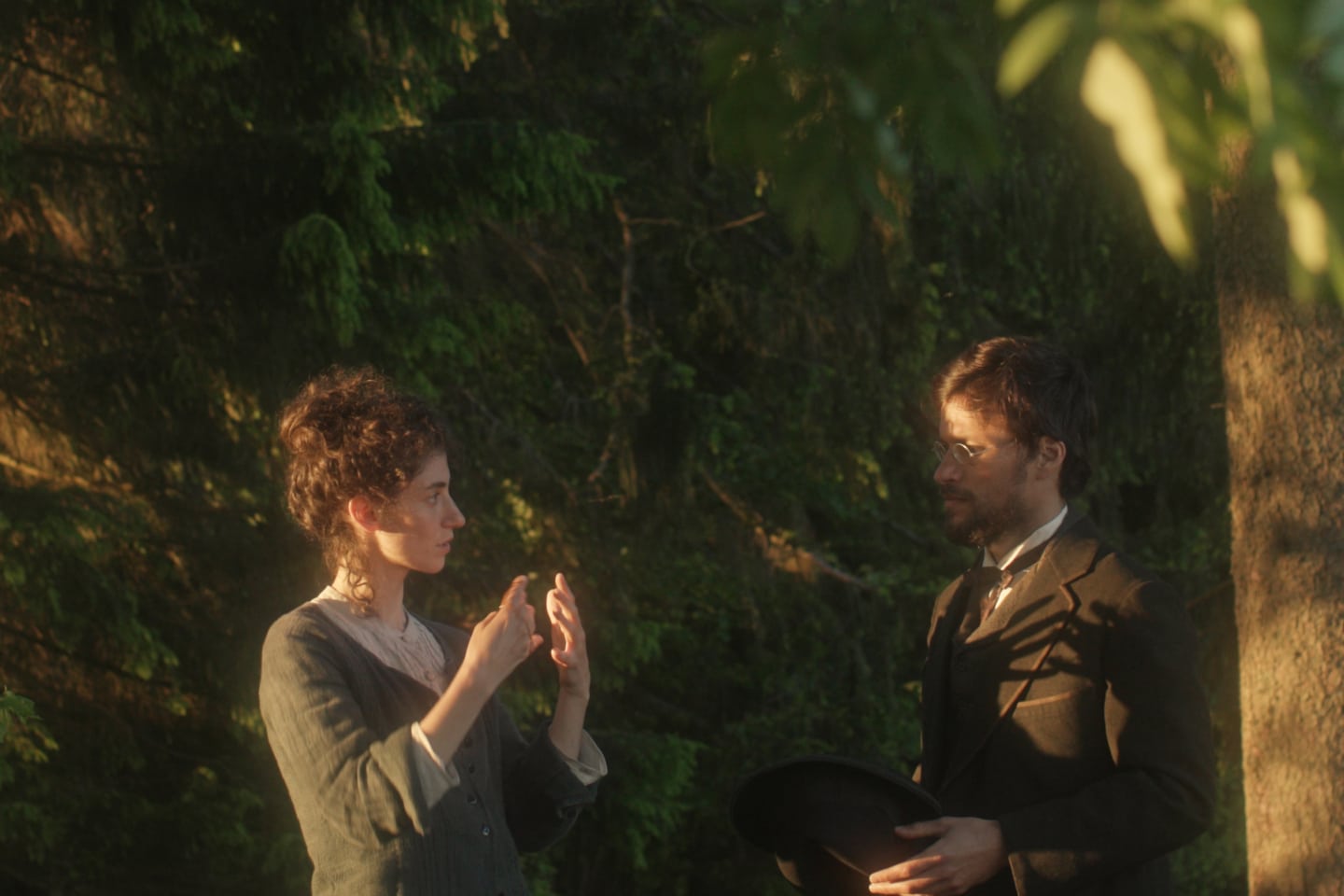 Anarchism is not a signature export of Switzerland, a country often regarded as the picture of an orderly modern society, as clockwork as its well-known timepieces. But Unrest revives a lesser-known part of Swiss history: the radical watchmakers of Saint-Imier, so steadfast in their commitment to egalitarianism and labor rights that they inspired a Russian revolutionary. This kind of independent streak is not entirely unheard of in a country that has long defended traditions of neutrality and direct democracy, but writer-director Cyril Schäublin captures one of those curious eras when the world seems to crack open and let in new realities.

Unrest is set in the 1870s in a sun-streaked mountain village, and when I saw the movie for the first time, I still remember feeling that I had strolled into town right alongside that Russian revolutionary, Pyotr Kropotkin, who did in fact visit the area. Here, Kropotkin has traveled to Saint-Imier as a mapmaker, and right away we’re with him marveling at the goings-on within this factory town. The innovations of the Industrial Revolution are in full, mind-bending effect. Strict time measurement — which was not always, you know, a thing — is enforced with the latest in clock technology, alongside Henry Ford–level rules for workers in the name of efficiency. The telegraph and the camera are being put to new uses with Reuters-style news wires and meticulous land surveying. Last but not least, in what could be described as hyperrational exuberance, four separate time zones are maintained within the town.

All of these phenomena are happening amid the roiling political energies of the moment, and Unrest makes us feel those from the ground-up. That’s in large part due to Schäublin’s distinctive viewpoint: he largely films Kropotkin and the villagers in wide shots, as if we are observing from another part of the public square. These views are slightly off-center, which has a way of making us pay closer attention to the conversation instead of the established order of the architecture. And the people Kropotkin meets have plenty to say, whether they’re workers and organizers—some of whom stay in touch with international anarchist communities via telegraph—or wealthier higher-ups in the community, like a factory-owner who subscribes to an anarchist newspaper precisely because it’s the most up-to-date. There’s also a running gag as Kropotkin and others run afoul of municipal photographers who are taking official pictures of town sites with the protection of gendarmes—a visual way of showing the element of social control at work in the town.

“Unrest,” the word, means more than one might think: it’s also a term, at least in its untranslated form “unruhe,” for what Schäublin calls “the mechanical heart of the watch,” – the wheel that keeps its equilibrium. Fitting that wheel is the task of factory worker and snazzy-loupe-wearer Josephine, though her own balance is thrown off as she gets progressively more fed up with her workplace, and befriends this bearded stranger Kropotkin. A gentle camaraderie already runs throughout the film, from its public square to its pubs, as befits an area that was a hotbed of syndicalism. But it is this slender, bright thread of connection between Josephine and Kropotkin that suggests another way out of the labyrinth of industrial order.

Nicolas Rapold is a New York-based film critic writing for The New York Times and other publications, and hosts the podcast The Last Thing I Saw.