This year’s programme is packed to the brim with special guests from actors, directors, cinematographers to puppets…

By attending In Conversation events or panel discussions, you can hear about the lives of some of cinema’s most exciting filmmakers and get involved in some panel discussions debating current, hot topics.

I Am Evidence is a disturbing and powerful documentary, an investigation into the way sexual assault cases are handled by police departments across the United States.

Oscar nominated director from Ireland who has a stellar number of films under his belt – Room, Adam & Paul, Garage, What Richard Did and Frank. Definitely not to be missed.

This film stars Bill Nighy and this is the synopsis: Alan is a stylish tailor with moves as sharp as his suits. He has spent years searching tirelessly for his missing son Michael who stormed out over a game of scrabble. With a body to identify and his family torn apart, Alan must repair the relationship with his youngest son Peter and solve the mystery of an online player who he thinks could be Michael, so he can finally move on and reunite his family.

Necropolis is a film essay about the death of the city, shot entirely in cemeteries, graveyards and burial grounds in Belfast, Berlin and London.

Turo is stuck in a small Finnish village where the best thing in his life is being the lead vocalist for the amateur metal band Impaled Rektum. The only problem? He and his bandmates have practised for 12 years without playing a single gig.

Fumi and Kazu are life partners, both professionally and privately: they run the first and only law firm in Japan set up by an openly gay couple.

Even if you’ve never heard of Aamir Khan we strongly recommend you check this event out. Aamir Khan’s career covers over thirty years in film and he is critically acclaimed as a director, producer and actor. Each film he stars in is completely different. He is nothing if not versatile and he brings an authenticity to the screen which has made him one of the leading actors of his generation. Oh, and he has 24 million Twitter followers… 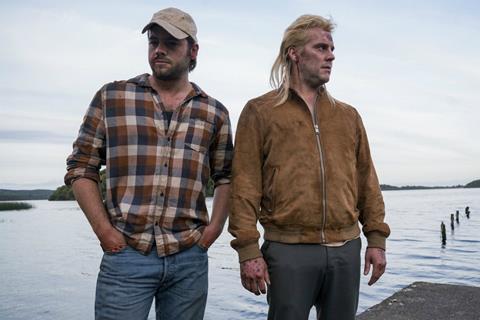 A documentary looking at how disabled people are portrayed as victims, villains or martyrs and how able-bodied filmmakers and actors have exploited negative depictions of disability to win awards and gain stardom.